Metabolism is considered a central driving force of matter and energy that controls the most fundamental chemical processes of life. It is driven by enzymes, proteinaceous catalysts that increase the rate of chemical reactions, which under ordinary conditions may not take place in the molecular environment of the cell. In a recent study, Mughal and Caetano-Anollés travel back in time by tracing metabolic evolution using methods of phylogenomic retrodiction. In order to achieve this objective, they updated the metabolic Molecular Ancestry Network (MANET) database, which traces historical information of the structural domains of enzymes when these are defined at the SCOP fold level of structural classification. Since the fold family level of SCOP carries a more informative phylogenetic signal than the fold level, the updated MANET database provides a more accurate depiction of the origins and evolution of metabolism. The update uncovers unanticipated patterns of enzyme recruitment operating at global levels and reveals the gradual rise of hierarchy and community structure in evolving networks. Remarkably, these increasing evolutionary constraints on structure were stronger at lower levels of metabolic organization. Thus, evolving metabolic network structure uncovers a ‘principle of granularity’, an evolutionary increase of the cohesiveness of lower-level parts of a hierarchical system. This principle that has been uncovered in metabolism supports the prediction of Herbert A. Simon, the father of complex systems theory, that "Each of the parts of a nearly-decomposable system has strong internal links among its sub-parts, but the several top-level parts are bound together with each other only by comparatively weak linkages". The weak linkage at higher levels of organization provides the flexibility needed for biological innovation.

Widespread microbial exchange of genes in our human body

Evolutionary genomics provides strong support to the notion that the microbes of the human 'microbiome' are swapping genes between them at an extraordinary pace. This widespread genomic exchange carries also memory of its deep history. The findings are the result of a molecular data-mining method that allows to identify instances of 'horizontal gene transfer' (HGT), the direct transfer of genes between organisms outside of sexual or asexual reproduction. Results show that HGT is a major force of exchange of genetic information on Earth and that exchange is massive inside our human bodies.

The method uses genomic information to build tens of thousands of “family trees” of microbiome bacteria . Reconciling those with trees of microbial genes allowed o tease out which genes had been vertically inherited and which were the result of HGT processes. Besides finding evidence to support earlier findings that human-associated bacteria are quite promiscuous with their genes, the new study revealed that 40% of swapping occurred between microbes living in the same body sites. The other 60% involved gene sharing among bacteria in different tissues, for example between organisms in the gut and in blood. In all cases, gene transfer was most common among closely related organisms, regardless of whether they occupied the same or different bodily tissues. In fact, gene sharing among organisms in different body sites occurred at a higher rate than gene sharing among distantly related bacteria living at the same sites. This interplay between genetic relatedness and physical location of microbes in our body will lead to improve understanding of microbial evolution and the role that microbes play in human makeup. 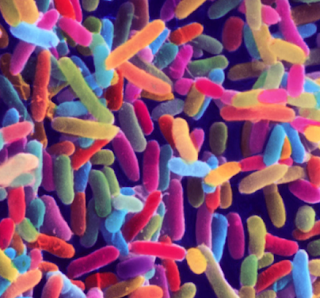 Viruses are largely made of proteins and nucleic acids. Some like the giant viruses have molecular complexities that resemble the complexities of cells. They can also be as big as small bacterial microbes. While they are unable to replicate they do so inside their cellular hosts and their molecular makeup evolves very much as that of typical living organisms, with the caveat that evolution is faster. While they appear to highjack the host cellular machinery, one can also view the infected cell as part of a complex lifecycle in which 'viro-cells' engage or not in panspermic dispersion of genetic material.

An analysis of a vast repertoire of 3-dimensional protein structures, called ‘folds’, that are encoded in the genomes of all cells and viruses revealed that the origin of viruses is cellular and very ancient. The identification of all known protein folds in 5,080 organisms representing every branch of the tree of life and 3,460 viruses revealed 442 folds that are shared between cells and viruses and 66 that are unique to viruses. Advanced phylogenomic analysis of this data confirmed the existence of an ancient stem line of descent that is common to cells and viruses. These findings justify placing viruses in a phylogeny of life, a 'tree of life' that now describes the evolution of 4 supergroups, Viruses, Archaea, Bacteria and Eukarya. This changes our current paradigm.

While the traditional view that viruses are non-living entities has been pervasive, the new massive genomic dataset that supports these studies suggests viruses are part of complex obligatory lifecycles. A study of gene dispersion also reveals viruses spread genetic wealth through our planet using horizontal mechanisms of genetic exchange. We should regard viruses as agents of change extruded by cells, since they promote and spread the generation of useful molecular innovations that are needed to sustain life.

The roots of genetics lie on the peptide bond!

Proteins sustain life on our planet, from major biogeochemical cycles necessary for planetary stability to crucial signaling in brain activities important for cognition and behavior. Their misfolding results in aggregation and diseases such as Alzheimers’s or Creutzfeld-Jakob. Their challenge and deregulation causes pathogenesis and cancer. Despite of their importance, our knowledge of how this sophisticated machinery was selected to carry biological functions, the rationale for molecular change, the mysterious origin of the ‘vocabulary’ that shapes genetics (the genetic code) and the evolutionary drivers of protein structure, have yet to be uncovered. This represents important omissions in biological knowledge that need to be urgently addressed. In a remarkable breakthrough that has been published in PLoS ONE [1] we reveal that the fundamental molecular principle lies conspicuously not in the nucleic acids but in the protein chemical bonds. We uncover a new and more primitive code in pairs of amino acid constituents of proteins that enable protein folding and flexibility. These dipeptides were initially produced by archaic synthetases that with time transformed into a yin-yang of modern aminoacyl-tRNA synthetases, the modern safekeepers of the genetic code. The new structural code that we have uncovered appears responsible for molecular innovations. This changes the focus of molecular biology, from replicators and genetics to molecular dynamics, emergence and the chemistries of function. 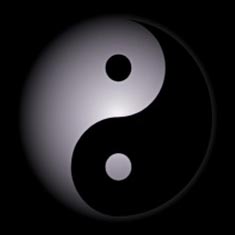 The origin of viruses revealed!

Explaining the origin of viruses remains an important challenge for evolutionary biology. Previous explanatory frameworks described viruses as founders of cellular life, as parasitic reductive products of ancient cellular organisms or as escapees of modern genomes [1]. Each of these frameworks endow viruses with distinct molecular, cellular, dynamic and emergent properties that carry broad and important implications for many disciplines, including biology, ecology and epidemiology. A recent genome-wide structural phylogenomic analysis shows that large-to-medium-sized viruses coevolved with cellular ancestors and have chosen the evolutionary reductive route [2].

The origin of the ribosome is in mechanics, not protein synthesis

The origin and evolution of modern biochemistry is a complex problem that has puzzled scientists for almost a century. While comparative, functional and structural genomics has unraveled considerable complexity at the molecular level, there is very little understanding of the origin, evolution and structure of the molecules responsible for cellular or viral features in life. The ribosome is the most central macromolecular complex of the cell. It is responsible for protein synthesis and its biosynthetic functions set cells apart from viruses. the origin of this ensemble is mysterious. Proponents of the ancient 'RNA world' postulate that the ribosome was originally an RNA enzyme (a ribozyme) that was responsible for genetics. A recent paper by Harish and Caetano-Anollés (PLoS ONE 7 (3): e32776, 2012) challenge this scenario and the possible existence of an RNA world.Deep historical signal was retrieved from a census of molecular structures and functions in thousands of nucleic acid and protein structures and hundreds of genomes using powerful phylogenomic methods. Together with structural, chemical and cell biology considerations, this information reveals that the ribosome is the result of gradual and coordinated evolutionary appearance of molecular parts of RNA and ribosomal proteins. These coevolutionary patterns comply with the principle of continuity and falsify the existence of an ancient RNA world. Instead they are compatible with a model of gradually co-evolving nucleic acids and proteins in interaction with increasingly complex cofactors, lipid membrane structures and other cellular components (Caetano-Anollés et al., J. Mol. Evol. 74 (1-2): 1-34, 2012). This changes the perception we have of the rise of modern biochemistry and prompts further analysis of the emergence of biological complexity in an ever-expanding coevolving world of macromolecules (Caetano-Anollés and Seufferheld, J. Mol. Microbiol. Biotechnol. 23 (1-2): 152-177, 2013).

The Last Universal Common Ancestor (LUCA) is the primordial organism that gave rise to diversified life. Its make up is embedded in all the genomes that exist today on Earth. A paper by Kyung Mo Kim and Gustavo Caetano-Anollés was recently published in BMC Evolutionary Biology (11:140, 2011), "The proteomic complexity and rise of the primordial ancestor of diversified life". The study describes the proteome of LUCA and makes an account of the structures and functions that are associated with this ancient cellular organism that populated our world about 3 billion years ago.

The Evolutionary Bioinformatics laboratory at the University of Illinois focuses on creative ways to mine, visualize and integrate data from structural and functional genomic research. Research interests include the evolution of macromolecular structure and networks in biology, the reconstruction of phylogenetic history, and the incorporation of evolutionary considerations in genomic research.